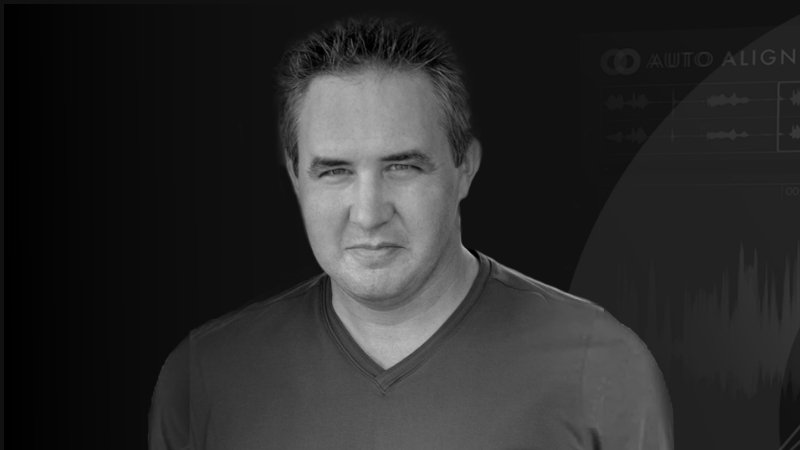 Over the past 25 years, Andrew Dawson has built one of the more unique careers in Los Angeles: VO performer, ADR supervisor, sound designer, teacher, and demo producer. His sound work is heard on hundreds of TV and film projects, recently winning an Emmy Award for Best Sound on "American Horror Story: Asylum" and an Emmy nomination for the 2016 re-make of "Roots". In addition, Andrew's voice can be heard on a regular basis in promos, trailers, commercials, and video games.

Andrew, please tell us a bit about yourself.

I’ve been a Sound Supervisor and voice actor working in Hollywood for about 30 years. Most of my projects are episodic TV/streaming shows and occasionally some feature films. I also spent about five years working in marketing & trailer projects.

Can you talk about this space/ your studio/ working environment?

Typically I work in one of three places. Editing and sound design are done at my home studio, a soundproofed space built into my garage. ADR is done at any of the many stages around LA, or remotely as is often the case these days. And for the final mix, I’m at one of several dubbing theatres at Formosa Sound Group, usually the ones on the Paramount Pictures lot.

Do you usually work on your own, or do you have an assistant?

Mostly I work independently, but I have remote support from our assistant team at Formosa, who handle dialog assembly, conversions, etc.

How did you get into doing what you’re doing?

Kind of by accident. I was working as a recording engineer for a small record company when a friend said Sony Pictures needed someone to cut SFX for a long-term project. About a year later, I moved over to Universal Pictures, where I stayed for almost 20 years, also in television and trailers. Following that, I went to Technicolor Sound, which was recently acquired by Formosa. I moved into supervising pretty early on but always edited on projects too, and continue to today.

What excites you about your job?

The collaborative aspect is what I enjoy most in the job. Much of that occurs on the mix stage, of course, working through with the mixers and interpreting what the client wants. I also enjoy working with actors in ADR, making sure we get what’s needed but also helping them to be comfortable and achieve their best performance. I know my own background in voice acting has been immensely helpful in that area; it gives me the ability to “speak their language” and make ADR feel like less of a technical exercise.

What are you currently working on?

It’s been insanely busy since work has opened up post-COVID. This spring, I worked on “Snowfall” (a series on FX Network); right now, I’m on a National Geographic drama series called “Hot Zone: Anthrax”, and an upcoming BET series about women's college athletics.

Can you describe your workflow?

It’s relatively simple; we receive a Quicktime, guide tracks, and AAF (OMF) of the client’s SFX and music. Our assistants assemble the DIA from dailies and pass that on, the SFX editors do their thing, and the Foley crew tends to spot and walk their own material. In the meantime, I spot the principal ADR, Group ADR cues, and create any further sound design notes.
All edited materials are uploaded to a server and brought in on the mix stage.

What are the challenges you are experiencing in your work?

Do you mean aside from the usual challenges of not enough time, demanding clients, confirms, QC issues, endlessly overlapping schedules, and all the hassles of COVID-19 restrictions?
It’s just like a Caribbean holiday, minus the umbrella cocktails :)

What state is a typical dialogue file in when you receive it?
It runs the full spectrum from horrible to surprisingly good, depending on who the production mixer was. Most frustrating is when the boom mic is not usable, and the lavalier was either not working at all, distorted, or so low level that it sounds like an 8-bit recording.

And how would you describe a good dialogue recording?

The usual standards of correct level, minimal distortion, and best signal-to-noise under the circumstances.

What makes a good dialogue editor in your opinion?

It’s a rare combination of talents, and I wish there were more of them!
They need a solid all-around film sense, understanding how scenes are shot and how to mine the material for alts, etc. Ideally, they have a good ear for actors’ performances, so if something needs to be changed, it will still flow with the rest of the scene.
My favorite editors will give me feedback as they’re working and tell me if something can’t be salvaged and needs ADR. On the technical side, being able to smooth it out without adding any more noise than necessary, adjust levels, and decide which things should be removed as noise versus keeping in, so it sounds natural. Whenever possible, I want editors to spend time on the mix stage and see when their editing works well or when it doesn’t.

How long do you usually get to deliver a project?
It varies a lot, especially with the rise of streaming projects where we often complete the entire series before anything airs. A typical 45-60 minute program gets 6-10 days of editorial and 3 days on a mix stage.

How would you define a successful project?
When the client leaves the stage ecstatic and calls me a hero, of course!
As I often say, there are only so many hours in a day, and eventually, every project has to be finished, but you always hope it turns out well.

What is your work-life balance working like during a project?

Lately, it’s been hopelessly skewed on the work side, with no free weekends and long days. But it’s starting to become more normal as the COVID-delayed projects are wrapping up.

Tell us a horror story about a specifically challenging project you’ve been working on, and how did the project end up?

I wouldn’t call it a horror story, but a recent project ran way over budget & time simply because COVID-19 protocols delayed things at every step. Every producer I know is frustrated as hell these days, but the final product is still good, just more hassle.

I’d heard of Auto-Align Post before, but another supervisor I was helping out requested I use it on his ADR (to sync boom & lav tracks).

I kinda wish I had invested in Auto-Align Post sooner, because it works perfectly for both production dialog and ADR!

The phase differences between boom and lav vary quite a bit, but Auto-Align Post takes care of them every time. One mixer I work with likes to balance the mix between both mics in many cases, so it becomes crucial to have them aligned.

Please describe your experience with Auto-Align Post.
All positive, I’m happy to say. The learning curve was minimal and it works exactly as described.

Mostly it’s given us more flexibility to use whatever mics we want. In the past, it was more of an either/or choice.

What advice would you give to newcomers to the industry?

Be curious and a super-fan of everything about filmmaking as an art form. It will inform your work when it comes to sound, and as a bonus, you will enjoy shows that much more.
And of course, put in the time, get advice from the veterans, experiment, and let your creativity flourish.