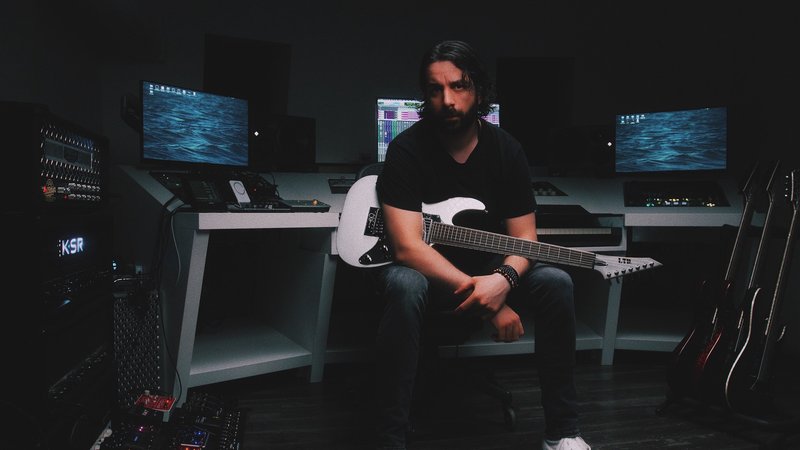 Looking at the early years of Sky Van Hoff’s resume can give an idea of his diverse talent and constant desire to break boundaries. At the age of 17, he signed his first record deal as the guitarist of the band Machinemade God on the classic American indie label Metal Blade Records. The band's next album was already written and produced completely by him. Since then, Sky has been successfully producing, mixing, and co-writing with numerous acclaimed artists and iconic Metal bands.

We met Sky and learned about his creative approach in the studio, his original way to use SurferEQ, and how he's keeping the sound organic with Drum Leveler.

Sky Van Hoff's family were not musicians, but he grew up in a house of music lovers, and being in a home where classic rock and pop music was played seems to have had a positive effect on him. “Nobody in my family plays an instrument or makes music really. But my mom used to listen to David Bowie all day and Led Zeppelin, and that's how I got introduced to the musical world. One day a guy brought his acoustic guitar into school, and everybody including me was so fascinated listening to him play. I was young and naive and thought I could play like him in two weeks. My mom bought me a guitar with classical nylon string acoustic guitar, and I never touched it for over half a year. I started to play but badly wanted an electric guitar. So my Mom said that when I could play Paint It Black by the Stones, then she would buy me one. I practiced every day for a month and mastered the song. And then on my next birthday, I got a Fender Squire Strat.”

Since that early start Sky, like many, has had his fair share of bands, toured, and spent time in the studio, eventually being drawn to the production of rock music. He found himself producing because he found it easier to show engineers and producers what he wanted rather than trying to tell them.

“I wanted to be able to achieve certain sounds myself and found it easier to show them than tell them. I was in the studio and saw Pro Tools for the first time. The next time I was in the same studio. I was about 21, and I ended up producing my band’s record.”

Fast forward, and now Sky works out of a fantastic studio busy working with a steady flow of great artists. He has recently completed work on the seventh album for German metal and rock band Rammstein.

Moving on to his love for Sound Radix plugins we talk about how they help him in the studio, and in particular on metal tracks.

“What I don’t like is where people copy and paste close mics on the drums or replace them with samples, in particular, the kick and snare, it’s done to make a super tight sound. I always think it just sounds different because it doesn't merge with the overhead 100%. Yes, it might be in phase, but it's still different from having the actual hit on the drum mics. Instead of replacing them I’d rather go through and comp the performance, and then I use Drum Leveler to get them level.

“I use it to have a more steady level on the close mics, so whenever it comes to fills, I would automate Drum Leveler not to compress as much or almost not compress at all. But on everything else, I just squeeze that thing to 60-70% compression, and I also like the gate really much and very much on the Drum Leveler.

“So that's what I use it for, and I ended up producing this band from Iceland, and I use Drum Leveler on that track, and it worked out great because they wanted an organic sound and Drum Leveler makes it possible.

“So I use fewer samples using Drum Leveler. When you get a good drum track going then you don't want to mess it up with samples, you just want samples to support the sound. A lot of people use samples to get consistency. I don’t need to with Drum Leveler.”

We move on to SurferEQ, and how that helps, again Sky has found a use for SurferEQ that is not what most would consider;

“I use SurferEQ to cut some of the bleed on the snare, especially hi-hat or stuff like that. I add a lot of high-end to my snare to get the snap cut through, and it just sounds great. In adding so much top end, I get so much more bleed, and I need to get rid of that. So I use SurferEQ to cut the high end every time the snare is not playing anything. So while the snare is playing even if there is a hi-hat it is masked by the snare, it works better than a gate. I still gate, but it's just a little trick that works.” 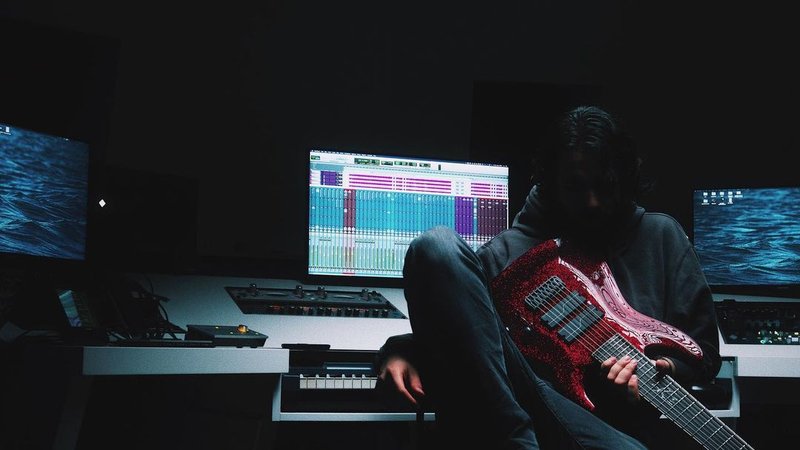 Pi is also part of his arsenal of plugins that he loves, for many people, it’s a plugin that can seem like Voodoo, and so they avoid it. Sky, on the other hand, has found a cool use for it on his drum buss.

“It just takes care of my overlapping frequencies and drums. I just put it on the overhead, and then I phase align from there, and that's pretty much it..it just works. It just makes it sound so much better, you know so you can get so much more punch out of drums using PI, I sometimes set it in LF (Low-Frequency mode) and put it on the kick and the bass guitar, it is so useful.”

Even still relatively young, Sky has earned an impressive list of credits mixing both German and international artists. Perhaps this fast rise is in part down to the ingenious ways he finds to tackle music production and his ability to get the best out of the latest technology.