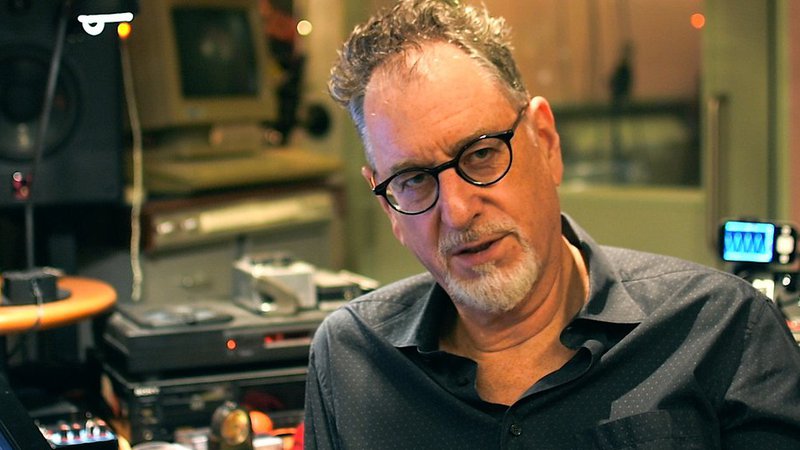 I've been recording for about 30 years or so and that obviously includes what's referred to as the Analogue Era, analogue tape, analogue mixing consoles, analogue outboard equipment, so that's where I started but I've always regarded equipment and technology as tools, things to be used in the service of music.  sound is part of music as far as I'm concerned but music has always been the thing that's driven me and just like any musician uses a piece of technology to create music in the first place, be it piano or electric guitar or synthesizer, that's what a record producer or a recording engineer, that's the sort of relationship you have with the equipment, it's stuff you use and the end being to create a great recording of a performance of a piece of music so it doesn't make any sense not to embrace that really, and to embrace all the developments that come along year after year, including of course digital technology which is now mushroomed completely, I was going to say out of control, but it's not out of control, but there's some great new stuff happening that would never have happened in the analogue day.  Digital Geo workstations have provided the plugin framework that enables individual designers to come up with ideas to enhance those workstations ad infinitum.  There are thousands of plugins around now, as we know, a lot of which are really interesting and could never have been even thought about in the analogue days, lots of plugins you couldn't now create in an analogue format, you couldn't go backwards.  We've seen digital emulations of analogue gear but there aren't any emulations of digital plugins.  It's just not possible to do it in the analogue world.

ARE YOU NOW COMPLETELY WORKING IN THE BOX?

It's kind of half and half, it's a hybrid.  I do bus out some because I still use analogue gear and so I need to have multiple outputs in order to put an analogue multi-bank compressor on a vocal for example.  So I need about 16 channels of I.O so some of that will be used as individual outs which are then summed in the analogue domain. I still use the classic SSL Bus Compressor on the mix because I like it and I've got one at home so I carry on using it.  I have experimented with alternatives but I've always come back to the SSL Bus Compressor for that.  So yes, it's a hybrid, whatever sounds good. 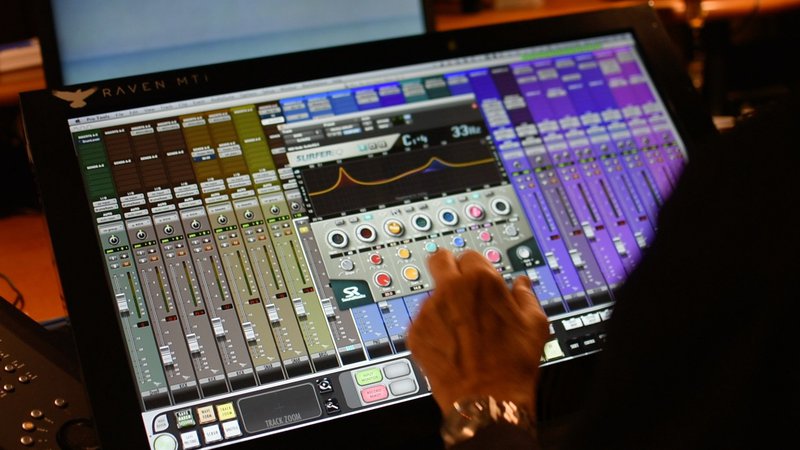 DO YOU TRY AND CAPTURE THE SOUND AS YOU RECORD?

WHAT SOUND RADIX PLUGINS DO YOU USE?

Well the first one I used was Drum Leveler which is what got me excited about the company because that's an example of something that couldn't be done in the analogue domain.  The idea that you can even out the different volumes of snare or kick drum hits or tom hits, whatever instrument it is, painlessly.  I mean previously you'd use a compressor to achieve that and that's not to say I wouldn't continue to use compressors because compressors are a good sound-shaping device as well, so I still do that but when you've got tremendous variations in  drum levels, the dynamics are good and that's fine, I'm trying to knock dynamics but sometimes you want consistency and if you need consistency, that's great to get that instantly.  To have that displayed on the screen in the graphical timeline they give you is really good.  The other aspect of it is what you can do between the beats so it's the best noise gate I've come across.  I remember when the first Kepex came out in the early 70s and that was fantastic, you could get rid of the hi-hat from the snare trap but it's not perfect, you always lost a bit of the initial transient.  In Pro-Tools as well as working in analogue tape, I always felt I had to set up a kind of a pre-trigger in order to make sure the gate opened in time and then you've got decay issues depending on how the snare was hit in the first place.  That's instantly available in Drum Leveler, you can get rid of anything that happens between the snare beats really easily but as well as that, you can take that information like spillage from the hi-hat or grace notes more importantly and you can process them separately because it's got this second threshold that enables you to process and compress, or whatever you want to do, with the low level information and that's something I would always have to set up separate channels for and get into elaborate phase changing to get rid of the snare from the spillage track so I had a track that only had the grace notes on and there were always little bits leaking through and it's instant with Drum Leveler so that's fantastic.

WHAT IMPRESSES YOU ABOUT SOUND RADIX?

I think all of these plugins illustrate quite a original train of thought when it comes to the design.  These are things that the way these 3 plugins, the 3 I've used, operate, illustrates a different viewpoint when it comes to designing processing.  There are lots of emulations of analogue gear, that's fine, that's great, but these illustrate a completely different mindset, it seems to me, a very original way of thinking about how to deal with sound and that's very interesting so it's going to be interesting to see what they come up with in the future. 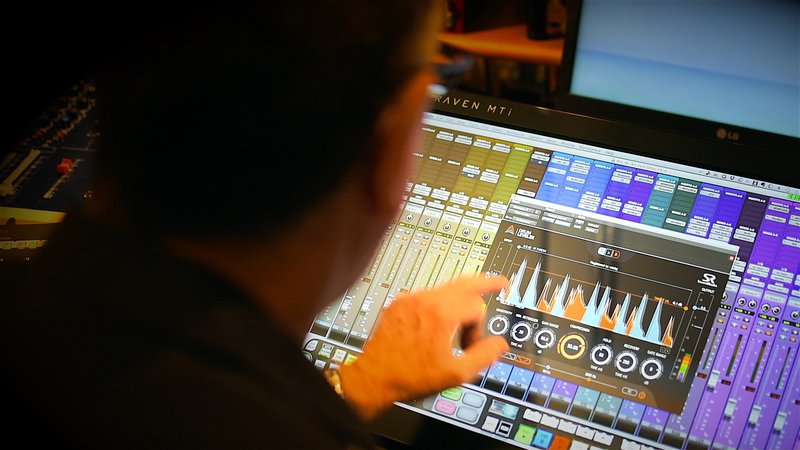 WHAT IS YOUR PHILOSOPHY AS A PRODUCER?

Not getting way of creativity, certainly not getting in the way of performance, which means that you've got to be very fast in doing what you do when it comes to recording, I mean mixing is something else, you can take your time with mixing, but when you're working with creative musicians and singers, you've got to be there and not get in the way because there are a lot of people who give their best performances very early on so quite often, you won't have time or you think you won't have time to set up a microphone and mic-pre EQ and compression, whatever you need to record, you won't have time to do that by the time the creative moment's gone.  A lot of people work on first and second takes so how do you get a level?  Experience tells you in the end, if you have any sense of what a singer's dynamic range is like what the volume is like, you can kind of guess to a certain extent, where to set the mic-pre, you've got to be prepared to do it on that basis, to be able to record without actually hearing anything beforehand.  I mean experience will teach you as much of that as you can get but certainly one of the things is don't get in the way and capture the moment as much as you can.

I reach for them because they're original, nobody else is doing this.  This is new stuff as far as I'm concerned.  I can imagine I'm going to be using Drum Leveler certainly on any live kit.  It's a matter of control, you always need control over what's happening.  Auto-Align, I'd probably go for that straight away. With a lot of plugins, you think "right, I'm going to try this plugin" and put it on but then you don't use it because it doesn't have a sufficiently beneficial effect but I think these are the sort of plugins that I would certainly reach for initially as the first attempt at solving a problem or improving a sound.