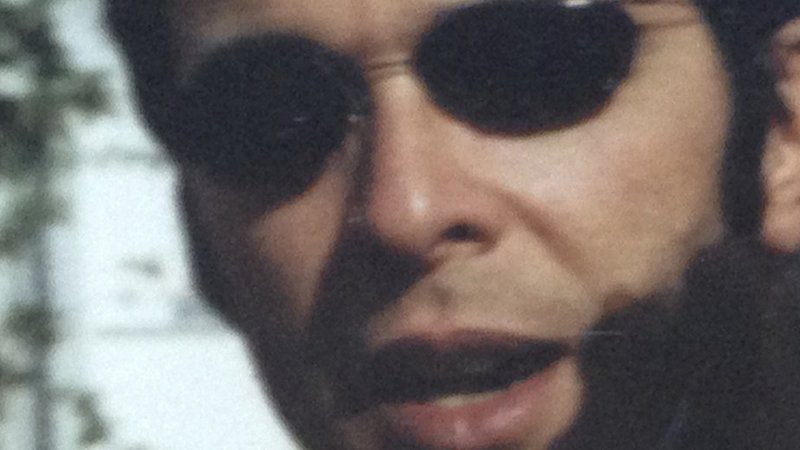 Jean-Pierre Taïeb is a major talent in international film score composing. From a music-mad childhood, through a fascinatingly checkered early career, he now works with big names on soundtracks across TV and film, including the popular French TV series ‘Ainsi soient-ils’. We caught up with him to talk about the creative process of composition, dealing with directors, and the difference Sound Radix makes in his work.

You’ve had a pretty eclectic musical taste journey, Jean-Pierre, but you're now writing movie scores and composing. Was that something you dreamed of doing? Where did the music come from as a kid?

I started playing guitar when I was 8 and was just crazy about music. My parents didn’t want me to be a musician, they dreamed about me being a doctor like all my family... But that's what I always wanted to do. Later, I started playing in jazz bands, then I moved to classical, then 10-string guitar. I played the baroque repertoire to do a concert, then I moved to produce albums for many artists in Paris. At the same time, I met a guy that taught me how to write for movies, so I went into that. Also, I was crazy about computers. So it started like that!

Exactly. What's nice with scoring film is that you use all the tools you've learned, and as many composers before me have said, when you are in movie scoring you have to know how to make a ‘cha cha cha’ and to know how to write for strings, to know how to do whatever.

So in a sense, rather than that being a negative thing, all that stuff in your past is a real rounded way of bringing all that to the table when you're composing?

Yes. I never thought I would use it, but in the field of movie scoring, it's amazing that I've been through all this, because it's really the biggest tool I have now.

Before we get into the technical tools, how do you go about scoring? Do you have a different approach with each director, or is there a kind of methodology that you've employed?

It's really funny, because there are some directors that are totally obsessed with temporary tracking, for example, so they put suggested tracks on everything and want you to replicate exactly the same kind of thing as this composer or that composer. This is really difficult. It's started to be kind of mainstream today, and people are totally following the mainstream. It's a question of fashions. Big scores have started to go away, I think, except for blockbusters and things like that, but there are always some people trying to mess around with styles, mixing things. A lot of people are following the mainstream because they're afraid of losing audience. I see that in TV scoring also, it's the same, they're totally crazy about the audience. If you work for TV in France, for example, it means 6 to 8 million people looking at your programme, so if you don't score it right you're dead. Not only you're dead, all the team is dead: the composer, the actors, the movie director, the guy who did chores and so on.

So composing can feel like both a huge privilege and a huge pressure?

It's a big responsibility to be in this field, because you know that you are something that can really help the movie. Sometimes, I have a movie director asking me to help a scene because of actors that don't play so good, so I try to help make them more beautiful or uglier, whatever is required.

To come back to the question about directors’ relationships with composers, there are some directors that ask you to make some copy of their temporary tracks, and there are other movie directors that are really totally open, they don't know how to talk about music so they speak in their language and you have to translate what they say and understand what they want. There are also some people that let you do exactly what you want. It really depends.

So you get everything from a blank sheet of paper to a bible almost, and everything in between?

Yes. Really. You really can get everything. The most important thing is to make the executive producer happy. The guy's putting up money and that's the point today; he's not the bad guy, he just wants to make all this a big success.

Tell us more about how you go about scoring a movie. Do you write to paper or write straight into a D.A.W?

As with many people like me, I'd started writing to paper a long time ago, but now I'm doing things directly through computers. I start with guitar or piano, finding themes. There are two kinds of things to start with: to find the theme is the main thing. So for a TV series, I try to focus on a theme and find the right theme that I will use, develop, transpose, and make faster or slower. The second thing is to sometimes also research a lot of sounds. Sometimes, there's some movie director who wants something special, maybe organic sounds, or they want synthesizers, or they want real sounds, in which case I would use a lot of guitar players and a lot of different guitars. Sometimes, I'm using South American instruments that were used at the time a film is set in, and only as people played them. To work on research of sounds is the most difficult part, because we are surrounded by so many beautiful things, so you have to be really selective in our work, to choose exactly what you like and to really put everything else aside so you won't get disturbed by other things, because time is really, really short to score something today.

You talk about technology obviously playing a big part in that collection of sounds. What’s your D.A.W of choice, what do you compose in generally?

I use Digital Performer. Many composers from L.A. were using Digital Performer, so I started to use it and I find it really unbelievable, really rock-solid, really stable and wonderful for the use of chunks for example, for the use of manipulating the tempo or bouncing everything, sending really quickly to the movie director, anything you'd want. For mixing, we use Pro Tools, like many other people.

And how did you first hear about Sound Radix?

It's a long story. I’ve known Nir for a long time; he was crazy about computers, always looking for something, looking for interesting things to do with computers, manipulating sounds, and he was really deep into it when I first met him. I used his studio in Tel Aviv to finish scoring a movie, and he told me that he'd just opened a company with friends and talked to me about their first plug-in, Auto-Align. I still use it now because I use a lot of guitars and real sounds, so I'm used to setting up several mics, and there's always this problem of me not getting the sound that I'm listening to. When I first tried Auto-Align, it was really something special because it opened the sound. Now I'm using Auto-Align all the time.

When you're lovers of sound - and I was always obsessed with sound - it’s not a question of playing notes very fast; I just like really good sounds. So when, like me, you’ve been through rock and baroque music, you really like to polish the sound to make it beautiful. All my instruments - I love them, I cherish them, and I want them to be recorded as they sound and not as something different. Auto-Align helps the quality of the music, it opens the sound, it's gives all the spectrum we need to get what we're running after: we're running after not losing the real sound.

It sounds like the relationship between you and Sound Radix has brought together kindred spirits, obsessed with creating things that make life easier and better?

Yes - Sound Radix belongs to this kind of company that really wants to help us to go faster, to be more productive, to be more accurate in our work, and we need that because the industry is asking us to produce more and more music in less and less time.

Yes, exactly. I think the movie producer has to do 2 minutes and 30 seconds of useable image per day, and it's the same for music, you have to make at least 3 or 4 minutes of music a day, finished, mixed and produced, so it can be a lot. Sometimes you can do more but that's getting crazy.

Let's go full circle back to where this all started. What do you think has carried you through? What one piece of advice would you give somebody who wants to follow in your footsteps and work as a film composer?

It's a huge question. To be moved first of all by passion and not to be obsessed with earning money, and to have fun all the time. This is the first advice that I would give a young composer, to make things seriously but don't take anything seriously. Have fun with your work and work really hard, and be curious with everything. If you're talented, if you're a good person, if you're open-minded, someone will notice it and you will work. Plus, today we have so many amazing and beautiful tools that can help creativity in many areas, not only music. So it's a big future for artists, it's a really big future for people who are talented and want to give their heart and soul to movies, to music. It's a really huge time for such people.

Profound and optimistic words from an artist whose own talent, open-mindedness and sense of fun have obviously taken him far. A self-declared sound obsessive whose enthusiasm for his work is infectious, you can’t help but feel inspired by his admiration for the technology he uses, his epic work ethic, his sense of responsibility, and his great sense of fun.